Who Says I Can't Eat Dinner at 4pm? - My Mind My Body
ShareTweet 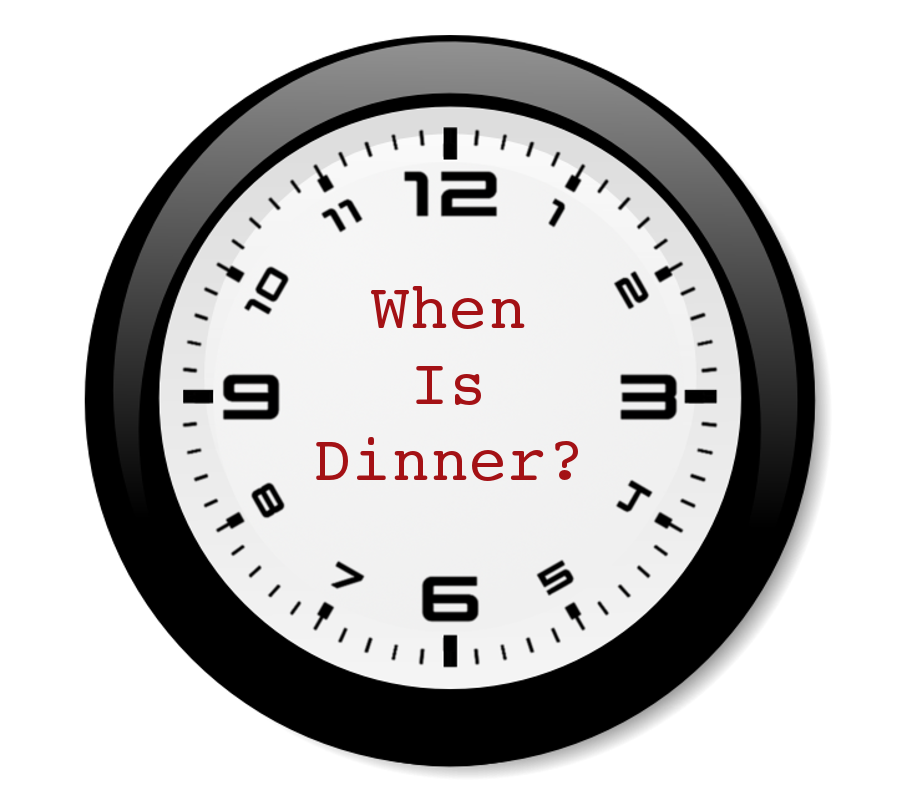 I know that Downton Abbey has a hardcore fanbase. I did watch the first few seasons until **** died in a car crash, but it wasn’t one of my favorite shows out there. However, I can watch endless clips of Violet Crawley’s hilarious one-liners. My favorite was when the family was sitting down for dinner and someone mentions a weekend. Violet Crawley, in all seriousness, asks “What is a weekend?” She is so wealthy that she doesn’t need a job, so the idea of a weekend is completely foreign to her.

Now, what does this have to do with intuitive eating? The idea of a weekend is arbitrary. Someone along the way decided that Saturday and Sunday made up the weekend. It could have been any two consecutive days, but society went with Saturday and Sunday.1  This is no different than with breakfast, lunch, and dinner. These are times that we’ve collectively agreed upon and, subsequently, labeled them as meal times. We can thank the Industrial Revolution for giving us the concept of breakfast, lunch, and dinner.2

Prior to the Industrial Revolution, meal times were not as defined as they are today.3  Breakfast became established during the Industrial Revolution when workers needed a meal in preparation for going to work. Workers then needed a midday meal to refuel before going back to work and were hungry again at the end of the day, hence dinner. Workers ate for fuel and because they were hungry at these times of the day. The idea of these meal times have stuck with us since then.

Again, what does this have to do with intuitive eating? Because breakfast, lunch, and dinner were ingrained for me, I felt like always had to eat at these certain times of the day. In my head, it would be preposterous to eat lunch at 10:30am or dinner at 4pm. Lunch had to be around noon and dinner had to be around 5pm. Those were the rules.  So what did I do? I simply ignored my hunger because it wasn’t the “right” time to feed my body. Then, because I was so hungry at my meal, I would eat too quickly, not really taste and enjoy my food, and often accidentally overeat.

My husband is a garbage disposal and can pretty much eat on command. He told me one day that if I wanted to eat earlier than 5pm because I was hungry, that would be fine with him. All he asked as for a little heads-up. I could do that. I began to be more flexible in when I cooked dinner, and sometimes that was a bit earlier because that’s when I was hungry. I even became more flexible with my other meals and would occasionally eat lunch before my official lunch break at work. It is based on my hunger, not the clock.

My husband helped me feel more relaxed and essentially gave me permission to eat my meal when I was hungry for my meal. Never mind these arbitrary mealtimes that society has established! It would be no different than someone who works grave shift eating their lunch at 3am. If that’s when that person is hungry, then that is when that person should eat. Eating should be intuitive rather than based on the time of the day.

Initially, it was my husband who gave me permission to eat when I was hungry, but now I have taken ownership of this concept and implement it regularly. Eating only at certain times of the day seems extremely rigid to me now, but that just goes to show how entrenched I was with my dieting. I now feel freer to honor my hunger when it arises, no matter the time of the day.

1Any nerds out there want to do some research and tell us why?

2I was a big girl and researched this on my own!

3Lunch wasn’t even a word commonly used until the 19th century!