The “Rule” of Three: Retraining Your Brain - My Mind My Body
ShareTweet 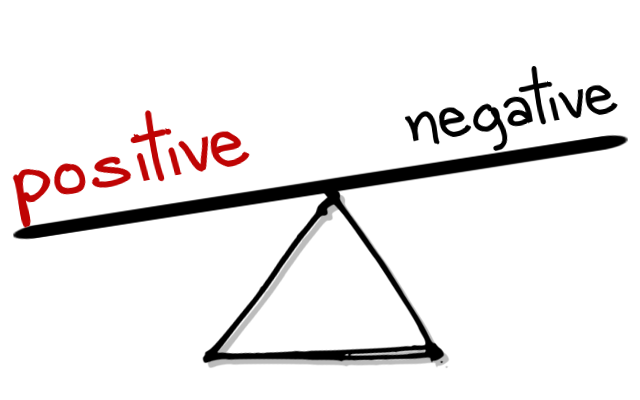 I attended middle school in the early ’90s, and this was a time when the word “like” was inserted into our conversations. Like, a lot. It wasn’t used as a comparison or as a statement of preference; it was a filler like “um” or “uh”. I didn’t know if it was rampant across the country or just isolated to my middle school, but it was part of my reality. I learned it was bigger than my little world when Clueless came out in 1995.1

One day my grandmother kindly pointed out that I said “like” an awful lot. It then became painfully noticeable to the point where it distracted me when I spoke.2 I decided that I sounded like an idiot and made it a point to change. I realized that inserting “like” into my sentences was a bad habit and had to consciously retrain my brain so I could eliminate “like” as a filler word. It took a while, but I did it! Little did I know, I would be utilizing this same retraining-my-brain technique in my quest for making peace with my body.

My use of the word “like” was strongly influenced by my environment, and my negative thoughts about my body were no different.  I had learned to be cruel to myself early on. Movies, TV, magazines, and peers all told me that I had to look a certain way. Then social media jumped on the bandwagon and that was it. I was surrounded by images of the “ideal” female body. I would read about people hating their bodies and their use of downright mean words to describe themselves infiltrated my brain. Fat. Ugly. Unlovable. Because I was so easily influenced, I assumed that I was supposed to bash my body as a way to encourage myself to obtain that “ideal” feminine figure.

Negativity begets negativity, so it spiraled from there. One of my earliest memories was reading in a magazine about someone describing her “thunder thighs”. I then became hyper-focused on the size of my thighs. Though my thighs were far from huge, I started saying that I had “thunder thighs” and begged my grandmother for a Suzanne Somers’ Thighmaster. This was the first of many gadgets and such that I sought out in my search for the perfect body.

As the years went on, criticizing my body became the new normal. I had unknowingly trained my brain to be cruel to myself when it came to my body. When I saw myself in the mirror, my brain automatically went to “Ooh, your stomach looks fat today!” or “I wish I had a rounder butt”. I completely ignored my deep, warm brown eyes, my bright, vibrant smile, or anything to do with who I was as a person.

After reading books about disordered eating, I noticed a common theme: people with disordered eating are immensely cruel to themselves when they refer to their bodies. This leads to more disordered eating which leads to further criticism about their bodies, and the cycle continues. I wanted out of that cycle, and I hated the fact that I hated my body. I will only be blessed with one body, so I might as well appreciate it, feel comfortable in it, and love it the best I can.3

As an educational psychologist, I know changing my thoughts and beliefs can lead to a change in behavior. Because negative thoughts were my go-to, I knew I had to retrain my brain to think differently so I could stop my disordered eating behaviors. I used what I call the Rule of Three. It’s based how things often come in threes in literature…and it’s mentally pleasing to me.4

Here are two possible ways to use the Rule of Three:

Option#1: For every negative thought, say 3 positive or neutral thoughts.

Now that I’ve gone through all that, it’s important that I state that the “Rule” of Three is not a rule. It’s a guideline. IE is not about a rules; IE is about flexibility. If you come up with more than three positive or neutral thoughts, great! If you have only one, that’s still great! Give yourself credit for trying because trying counts. The idea is that you slowly retrain your brain to have more automatic positive thoughts about yourself than negative ones.6

Though my mind isn’t 100% free of negative thoughts, it’s not my automatic reaction when I think about my body anymore. This is not something that was easy or quick, but I feel the most comfortable, confident, and content with who I am now than ever before.

1And one of my favorite lines from Clueless, courtesy of Cher:

2It’s like when someone brings up how often humans blink per minute, and then all you can think about is how much you are blinking!

3I know, easier said than done, but bear with me here!

4Think about “The Three Little Pigs, “Three Blind Mice”, or the three ghosts in “A Christmas Carol”. It wouldn’t be the same if there were 2 or 4, right?

5Just ask my husband. When he shaves his head, he is constantly cold!

6Check out Mirror, Mirror for a play-by-play of my personal experience with this!

YouTube Version: The “Rule” of Three: Retraining Your Brain