Supporting a Younger Generation - My Mind My Body
ShareTweet 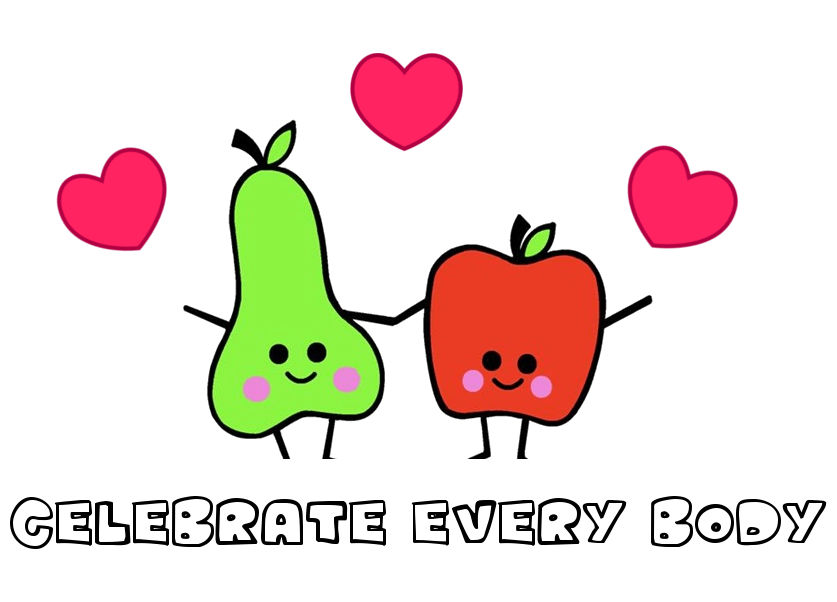 I worked at a local high school as a school psychologist for five years, and one aspect of my job was to provide counseling to students. Though students were often referred to me for depression and anxiety, I knew from being a teenage girl way back when that body image could be a possible root cause. I decided to start a body image counseling group because I knew there was a need based on my own experience as a teenager and just by hearing things being said in the hallways and on social media. I requested names of possible candidates for my group, sent out permission slips, and planned out the group’s weekly topics.1 Shortly thereafter, I gathered my group of seven girls in my office for our first session.2

I start off all of my counseling groups by doing introductions and then getting a baseline for comparison at the end of the group. Once the introductions were taken care of, I asked the girls to write down three things they liked about themselves and then share it aloud. I noticed that they had some difficulty coming up with three things, so I told them that if they only had one or two that would be fine. When it was that girl’s turn, she only shared that one thing. It broke my heart as I realized that she hadn’t written anything down on her own because she had not been able to come up with a single thing she liked about herself! Once I saw that, I knew then that I was on the right track in creating this group.

Over the next 6 weeks, the girls opened up and freely shared their experiences. They spoke about how people and the media influence them and their feelings about their bodies which, in turn, impacted their self-esteem. We searched through magazines and the internet for images that manipulate our thinking, discussed the purpose of those images,3 and the feelings they evoked in us.

Changing negative thoughts into positive thoughts was a tough one for my girls. They could easily come up with the negative but sometimes had trouble coming up with a positive or even something neutral. After a few sessions, we talked about qualities, features, and talents that are beyond our physical appearance and I caught a flicker of change in the girls. They were able to write a little bit more with less effort and began to really support each other. If one of the girls had difficulty, the others would point out qualities that the girl didn’t see in herself.

That support was certainly needed for one of our last activities. I asked the girls to think about all of the self-bullying they had done and to write and share an apology letter to their bodies. It was heartwarming to see how candid and comfortable the girls were with each other. There was no judgement when the hard topics were brought up like previous eating disorders or self-injurious behaviors like cutting. The girls compassionately acknowledged each other’s letters, and I wholeheartedly thanked them for sharing this part of their lives with the group. I pointed out the powerful comments they wrote to their bodies such as “I will accept you the way you are”, “You are perfect the way you are”, and “I’m sorry I ever listened to the people who bullied you.” It was a beautiful, cathartic session.

During the second to last session, I again asked the girls to write down three things they liked about themselves and compare it to what they wrote during the first session. Man, the difference made me cry a little bit inside! Each girl had more to write and one girl even pointed out that she initially wrote “I like my body”, but it changed to “I love my body”. The difference between the two statements is a single word, but it’s a world of difference. I cannot even imagine loving my body as a teenager, but this girl’s body image went from “like” to “love”, in part, because of my group.

In the last session, I asked the girls to reflect on the group and share what they learned. After hearing their comments, I realized that there were other notable successes as well:

I initially wanted to do this group because the topic was of interest to me given my background with disordered eating. However, it turned into something so much bigger. I provided the girls with a safe, nurturing environment and they ran with it. They were actively engaged in each session and, as we approached the end of the group, a few of the girls actually asked if we could meet for a few more weeks.5 When the group officially concluded, I felt that I had helped the girls improve their body image, if only even in a small way. I truly hope that reaching them early will help them combat the diet mentality of the world more easily as they mature into women.

Would a body image group have benefited you in high school? Please share in the comment section below!

1I based my lessons on the book The Body Image Workbook For Teens by Julia V.Taylor. It has a lot of information in it, so I had to pick and choose what I would use for my group since it would only last 8 weeks.

2By the way, I know that males can be affected by body images in the media too. Just look at the show “He-Man and the Masters of the Universe”. Even Skeletor is somehow ripped!

3Money. When you break it down, it’s always about making a buck.

4This would have been the sequel if there was time to do a second group.

5Unfortunately, we couldn’t because it was finals, but I would have seriously considered it if it were earlier in the semester.