You Can't Tell Me What To Do! - My Mind My Body
ShareTweet 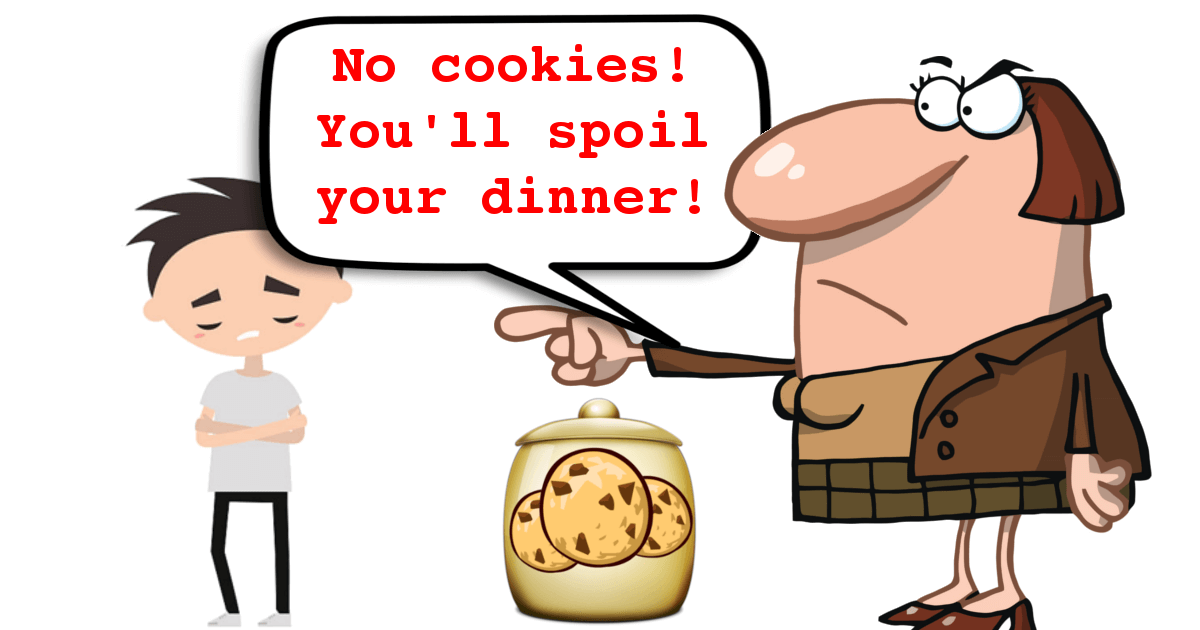 You know the phrase “terrible twos”, right? It’s around age two when children seem to have a fondness for the word “no” and are prone to throwing tantrums. During this time, they are exploring self-sufficiency and free will with the ultimate goal of autonomy.1 In general, people want to be autonomous, meaning they want independence and will naturally resist being controlled by others or outside forces. This idea ended up playing a huge role in the path I took when trying to overcome my disordered eating as well as in my professional life.

One day my parents told me to tidy up my bedroom. They had every right to insist that they have ability to walk into my room and not have to forge a path by pushing aside clothes and school materials simply to get to to the other side. When told to clean my room, I defied them by shoving everything into my closet and closing the door. Of course, that plan only bought me about a minute of reprieve. My parents came in and gave an admiring nod as they walked unencumbered around my room. That approval lasted until they opened the door to my closet. Needless to say, I spent the next hour or so really cleaning up my room. My act of defiance was in response to being given an order rather than making my own decision to have a clean room.

Intuitive Eating brings up the concept of a Diet Rebel. This describes a person who feels confined by dieting parameters and rebels against those rules. Because personal boundaries fall by the wayside when on a diet, people naturally want to reclaim their independence. This often takes the form of something like “I’m not supposed to eat sugar on this diet. Well, watch me eat these cookies, dammit!” Surprisingly, this was not me. I never mentally flipped off my diet or shouted “You can’t tell me what to do!” While on my diet, I was a “good girl” and stuck to my dieting rules fairly well. My rebel did not emerge until it was ready to leave the world of dieting.

I found a dietitian who had experience with helping those with disordered eating. I will refer to her as Barbara.2 While the sessions with my therapist were self-paced and helped me unwind,3 my sessions with Barbara were far from calm. In fact, we butted heads…a lot! When I look back, I realize that Barbara did try to baby step me into intuitive eating, but I pushed back for several reasons.

First of all, the idea of baby steps is subjective and my version of baby steps was way slower than hers. It seemed like each time I met with her she was encouraging me to take another “baby step”, but that step seemed huge to me. She wanted me to go past what I was comfortable with. I just started to feel comfortable with not logging my food and now you want me to have a dozen donuts in the house!4 I didn’t find anything inherently wrong with having donuts in the house, but it was a directive and I didn’t like being told what to do. I found myself countering with reasons why I didn’t need the donuts in the house. I realize that that was the other roadblock for me. I felt like she was taking control. This was my recovery and I wanted to do it my way and in my time.

There were some sessions with Barbara that I feel really bad about because I’m sure my resentment permeated the room. I wanted that autonomy that I referred to earlier. It was important to me that I did what I was comfortable with because having the sense of being in charge, even a little bit, empowered me. After several sessions of this, it became clear to both of us that even slower baby-steps were needed.5 At this point, Barbara encouraged me to give up my dieting and put on weight at my own pace because that was the only way this would work.6 Ultimately, I came out of it with a solid understanding of intuitive eating, so I do have to thank Barbara for her persistence and patience with me and, in the end, granting me my autonomy.

The idea of autonomy spilled over into my professional life as well. When I started my website, I knew I wanted to not only write but to also counsel. I began to think about how much I should charge for each counseling session. I looked at other websites and spoke to colleagues about their fees and many offered packages to their clients. It all sounded good. If a client signed up for a longer package, it was less per session. I seriously considered approaching my counseling in this way until I remembered having to sign up for packages when I wanted a personal trainer at my gym. Because I had signed up for a package, I felt obligated to go. Yes, I liked working out, but feeling like I had to be there changed the quality of the experience. I didn’t not want to be there, but it just felt forced. I applied that awareness to my counseling fees. I didn’t want my clients to show up every week for their sessions because the package they bought told them to; I wanted my clients to want to be there. They would be the ones in charge of their appointments, not some pre-determined packaged they agreed to months earlier.

Whether or not the word autonomy is part of your vocabulary, you likely are familiar with the spirit of the word. I believe that most people have a deep-rooted desire to push back when outside forces try to control them. This is us taking charge of our lives and I am glad my take-charge approach helped me stop my disordered eating.

1For all of you nerds like me, this comes from Erickson’s Stages of Psychosocial Development.

2Since that’s her name.

3This woman is an amazing therapist! Read about how we became an item in “We Need To Break Up…”

4 I think I have a thing for donuts. I ended up writing a whole article about them in “Did I Just Refuse a Donut?”

5Read “The Veruca Salt Effect: I Want It Now!” for more about baby steps!

6I actually lost weight quite slowly when I was dieting, so this long, drawn-out reversal made sense for me.