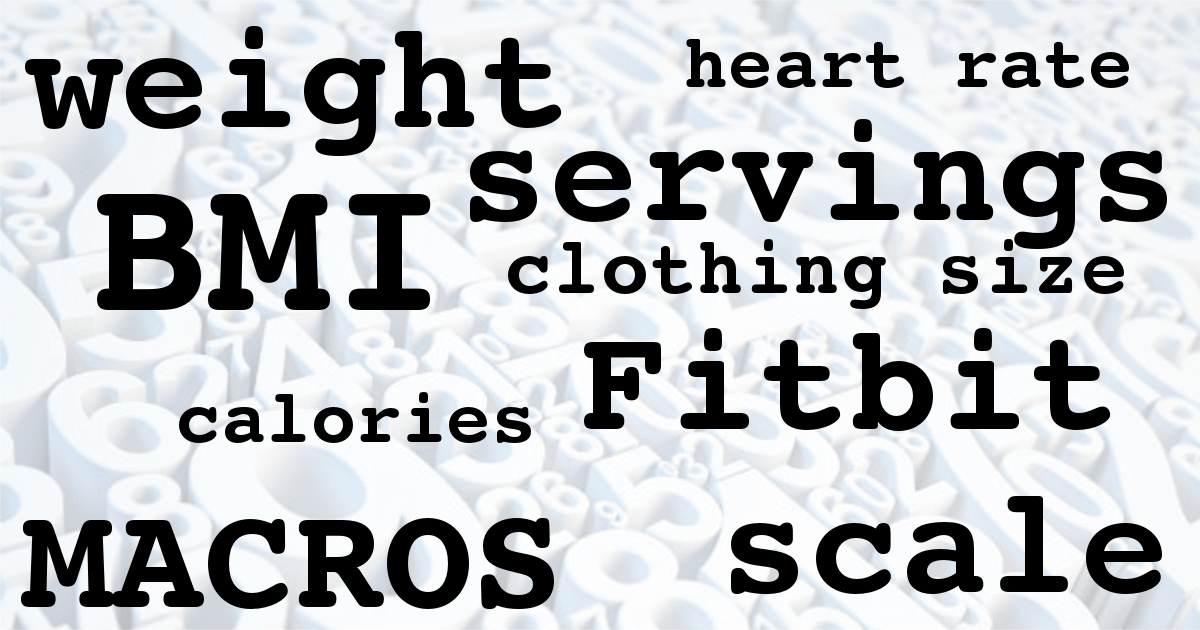 My first new car was a MINI Cooper. Once I drove it off of the showroom floor,1 I began seeing Coopers everywhere I went. It’s wasn’t like the number of Coopers on the road suddenly increased once I purchased my own, but my awareness of them certainly did. Something similar happened when I began my intuitive eating journey. The diet culture teems with numbers, but it wasn’t until I began to remove myself from that world did I become aware of just how prevalent and influential those numbers were in my life.

Let’s make a list of all of the dieting related numbers we can think of: weight, BMI, body fat percentage, recommended servings of food, macronutrients, glasses of water consumed, food scale numbers, calories taken in, calories burned, number of minutes doing X type of exercise, clothing size, Fitbits, and heart rate monitors.2 Though I could comment on each and every one of those, I want to share insights and things I’ve learned regarding a few of these numbers.

I found it really hard to get past these numbers because they are so pervasive in our society. I was constantly inundated with these numbers and over time they gained power. They became external cues and directed my decisions about food and my body. My natural internal cues were gradually blunted, so reversing the process took some time.

At first it was a struggle to hear my internal cues, but they eventually became louder and louder and the numbers faded from the forefront of my mind. The hardest numbers to part with were the scale and calorie counting, but I got rid both and am proud of my accomplishment. Because I am human, remnants of those numbers pop up from time to time, but I now refuse to let them be so prominent in my life.

Where do you see dieting-related numbers in your life? How do you deal with them? Please share in the comment section below.

1How often does that happen?!

3 Don’t get me started on vanity sizing!

4For more of my thoughts on the dreaded bathroom scale, check out “The Scale: My Friend, My Foe”!

5“Why Am I So Hungry Today?” delves into honoring your hunger even when you think you’ve consumed too many calories for the day.