I Need Fat On My Body! - My Mind My Body
ShareTweet 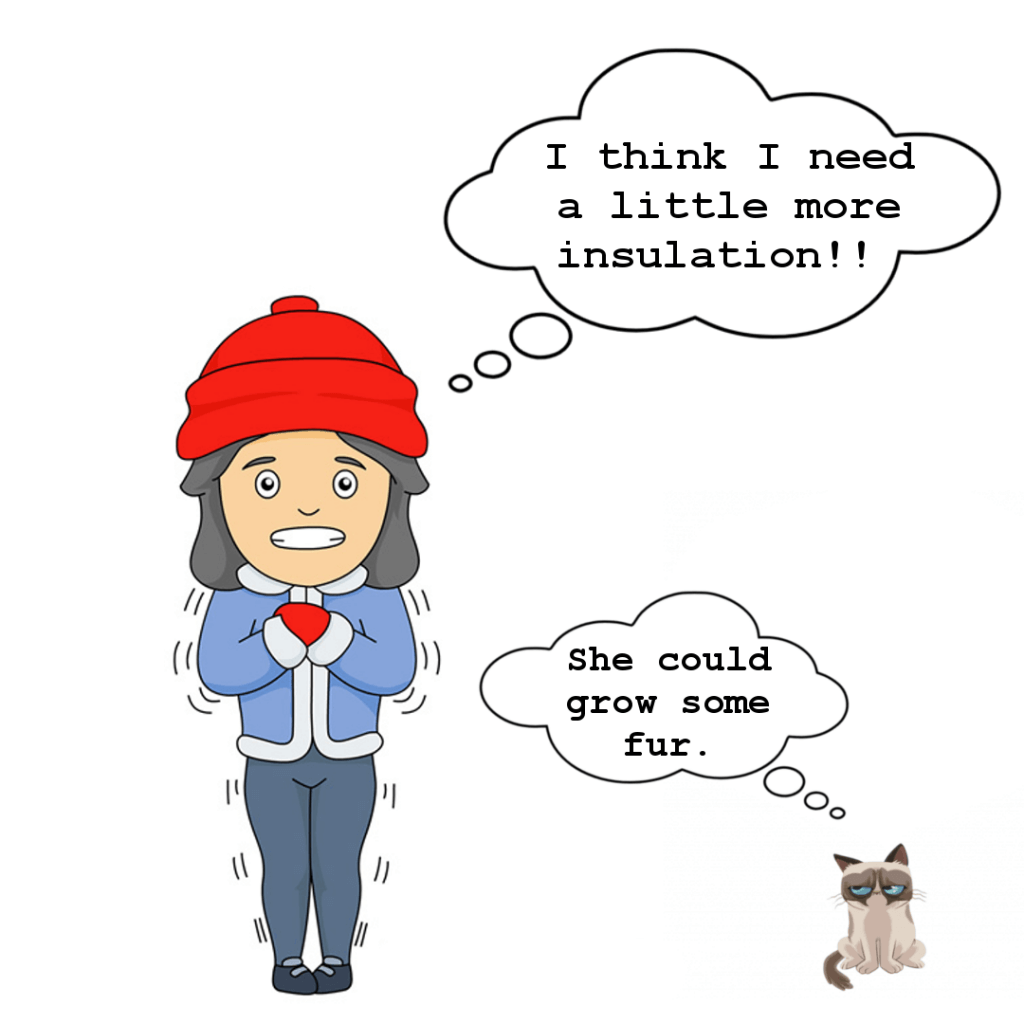 I was in my college anatomy and physiology class one day when we had a lecture on the different types of body tissues. This naturally included the discussion of fat tissue. The professor asked the class what we would think if we saw a tiger with its bones sticking out. We all agreed that the tiger was likely sick or starving. He nodded and then pointed out that when we see a tiger with meat on its bones, we see it as strong and healthy, but we barely think twice when we see a waif-like model walk the runway. So, if seeing the hipbones of an animal is cause for concern, then why is it acceptable for humans to take dieting to such an extreme that their bones protrude? It’s not! And that’s because, like animals, people need fat on their bodies!

One of the first times I began to even consider tolerating fat on my body was after watching an episode of “The Mindy Project”.1 The main character, Mindy, asks her colleague, Danny, to be her personal trainer and whip her into shape. At the end of the episode, Mindy goes into all of the ways that Danny would want her to look different (e.g., bigger boobs, less cellulite). He responds by saying, “You’re a woman and that’s good. Look like a woman.” I actually rewound that part and watched it again. The message that it’s okay to have some fat on me and that there’s nothing wrong with cellulite was one that I hadn’t heard very often. After watching this scene, my mind was slightly more open to the idea of adding a few pounds to my slim frame.

I began eating more and I did put on a few pounds. I noticed that I couldn’t feel my muscles as much anymore because my body had become a bit softer. This really bothered me and the disordered eating part of my brain began to panic. You’re getting fat! Commence restriction immediately! Then I thought about it and told myself, “Deborah, that wasn’t muscle you felt before, that was bone! You still have muscle and you probably have become stronger because you’re eating properly now.” I hadn’t realized how disordered my thinking was until that moment. In my attempt to be healthy and strong, I had been telling myself that the “definition” I was seeing on my body was muscle when really it was bone.

Gradually, I got used to my new body. I began to notice that my body looked less angular and more feminine, especially my breasts.2 It makes sense since breasts are pretty much fat with nipples and mammary glands. My fear was that all of my fat would go to my stomach, but it’s really been distributed quite well!

While learning to embrace the fat on my body, I gained some knowledge about its necessity. First of all, we all have fat, just different amounts of it. And we need fat on our bodies to survive! Yes, I resisted this idea at first because I was taught that fat was unappealing and grotesque, but this is why it’s important for me to have fat on my body:

I never thought I’d say this, but I like my body at its natural weight. Getting to this point meant that I had to learn how to make peace with the mirror and challenge my negative thoughts. It was hard welcoming a softer body, but I didn’t want to go back to eating only when famished and not being able to concentrate on anything other than food. Now that I am more accepting of the way I look and know the importance of body fat, I am perfectly fine with a little more cushion!

1In case you want to watch the episode, it’s “Danny Castellano is My Personal Trainer” from season 2.

2The first new item of clothing that I needed to buy was a bra. Check out “My Clothes Don’t Fit Anymore!” for more on this topic.

3To be honest, I don’t plan on having children, but my body is prepared if I do get knocked up!

4This happened to my father when he got pneumonia. He lost a lot of weight, so I was glad he had a little extra padding.