Eating Past Full: It's Not the End of the World! - My Mind My Body
ShareTweet 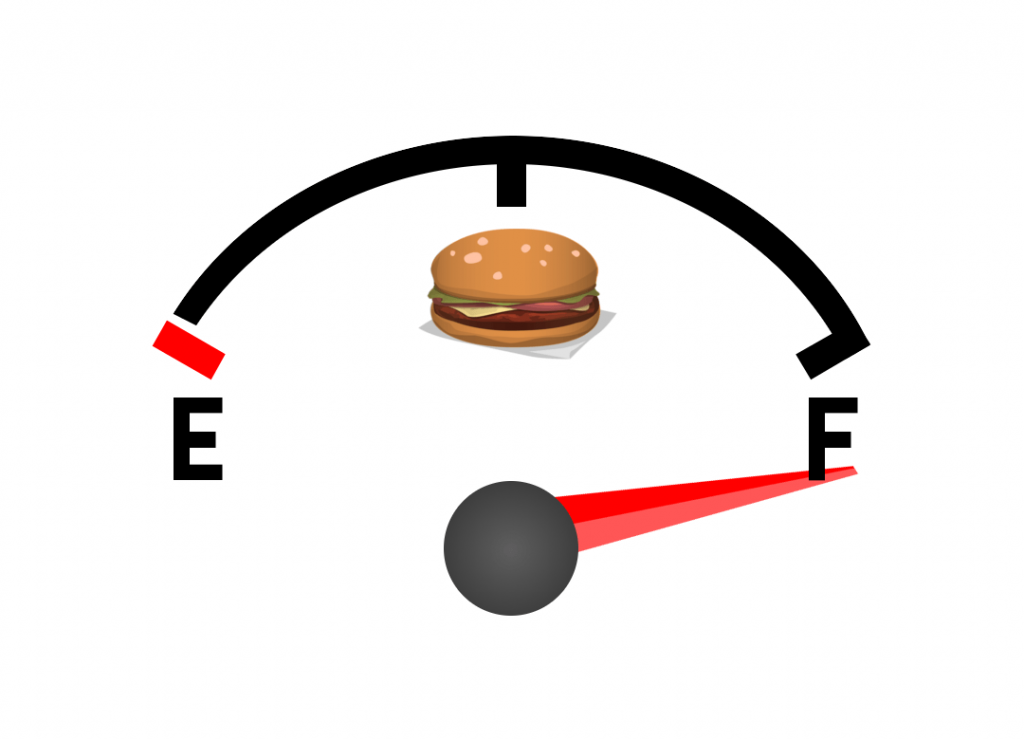 When I quit dieting, there was a lot of leftover guilt about overeating because I was taught that eating the fewest amount of calories was “good” and overeating was “bad”. It was all very black-and-white. When I shifted from dieting to intuitive eating, I had to wrap my head around the idea that IE doesn’t have any rules. Overeating is not “bad”; it is just part of the eating experience. There is nothing inherently wrong with overeating, which meant that I could finally give up the idea that it was “bad” to eat beyond fullness.

That all sounds great in theory, but putting it into practice was not so easy. My self-bully would often come after me and berate me for eating too much. Deborah, look at what you did! You should know better than to eat that much. Now you’re going to get fat! Treating myself this way was unacceptable and I knew that in order for my mental health to improve, I had to face my self-bully head-on. My cruel inner voice and I had some fierce word battles, but it was important for me to continue to fight it. Silencing this voice took a tremendous amount of mental effort, but it did slowly fade.

Overeating when you’re new to IE is normal. Not only are you out of touch with your fullness cues, you’ve also been depriving yourself for a long time and your body is responding to that deprivation.1 In hopes that my experience will help you, I want to share some things I learned in my quest to change the tone of my inner voice. These are some of the mental reminders I use when I overeat, whether accidentally or on purpose:

Although I have already stated this, I feel it bears repeating if you’re new to IE: It’s normal to overeat! That means that you will overeat at some point…and that’s okay! If you do overeat, don’t beat yourself up. Instead, call upon your non-judgmental voice and give yourself a little slack. Using this type of voice is often a challenge because you’ve done the opposite for so long. You will have to retrain your brain to go from automatic negative thoughts to neutral or positive ones. It’s tough! Just remember that IE is a learning process and it takes time to be comfortable with normal eating, which includes overeating.

2Did Frozen automatically pop into your mind?