Hunger? Is That You? - My Mind My Body
ShareTweet 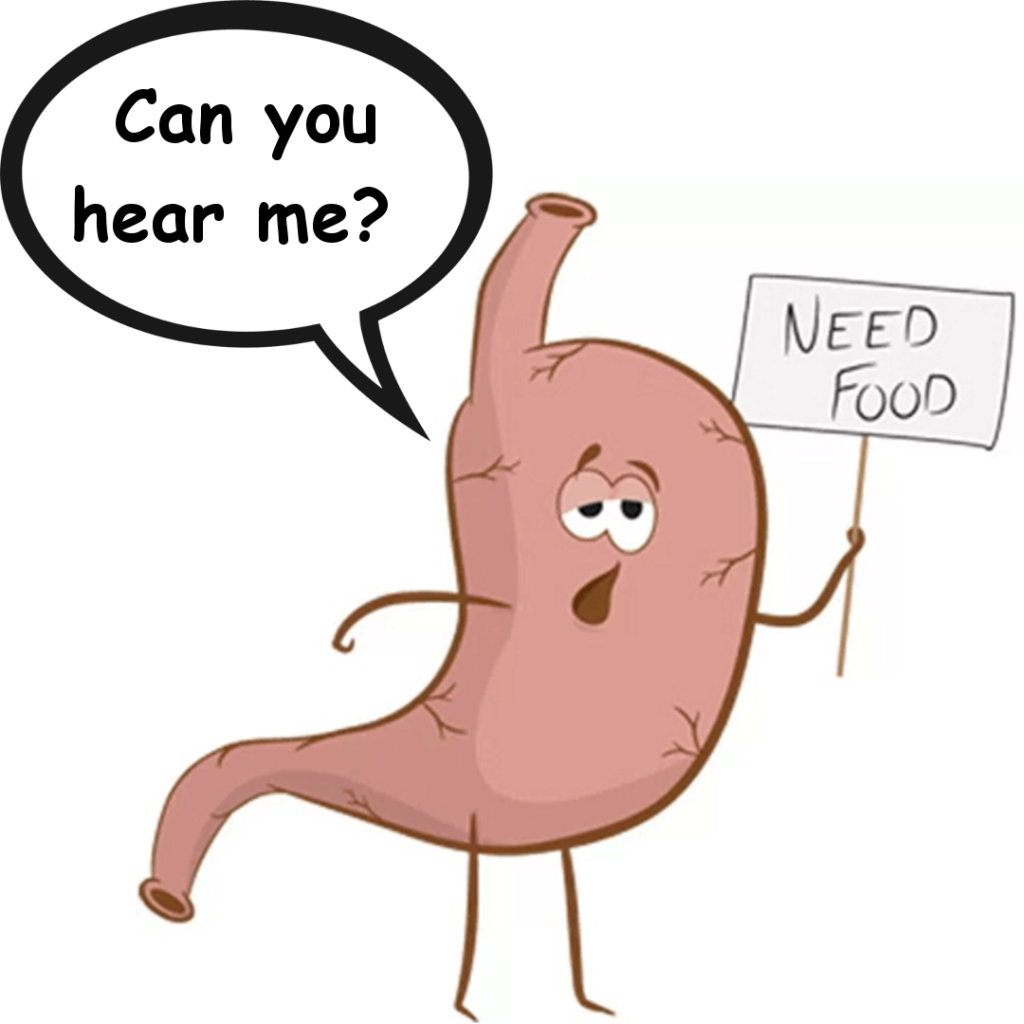 Because I restricted food, one of the first intuitive eating principles I decided to tackle was honoring my hunger. Although apprehensive, I told myself that I would eat when I was hungry. It seemed easy enough. I’m hungry; therefore, I eat. It wasn’t that simple though. Because I denied myself food for so long and was used to being famished, the subtle feelings of hunger were completely foreign to me. Although I was born with the ability to identify hunger, I had to put some genuine effort into hearing those signals again.

It took me about 6 months or so to feel like I was somewhere in the ballpark of being able to consistently identify my hunger. Initially, I would sometimes miss my hunger cues because I was just out practice. After a while, I started to be more in sync with what my stomach was telling me and I began to recognize gentle signs of hunger.

IE newcomers often ask about identifying hunger. After years of dieting, hunger cues can be elusive at first and it may take some time for them to be restored.1 Here are some things to keep in mind if you are a newcomer trying to honor your hunger:

Because I ignored my hunger cues for so long, they were completely out of whack. Over time, I was able to regain a sense of what subtle hunger felt like and respond to it. Once I felt comfortable with hunger, I was able to tackle more daunting principles such as giving myself permission to eat and making peace with food.

If recognizing hunger is a challenge for you at the moment, realize that it takes time. Be patient and kind to yourself as you work through this. Don’t worry though. Your body is smart and will speak to you. You just have to practice listening to it!6

How does your body tell you you’re hungry? How long did it take you to figure this out? Please share in the comment section below.

1But how much time? Check out my article “How Long Does It Take To Become an Intuitive Eater?” for more on this!

2This was tedious at first, but my reliance on it faded as I got more in touch with my hunger cues.

3But my hunger hits me eventually!

4And if you’re an emotional eater, that’s okay too. Own it!

5Like donuts! I wrote about this in “Did I Just Refuse a Donut?”

6The same goes for fullness. If you want to know more, check out “Finding Fullness”!

Podcast Version: Hunger? Is That You?