Help! I Can't Stop Eating! - My Mind My Body
ShareTweet 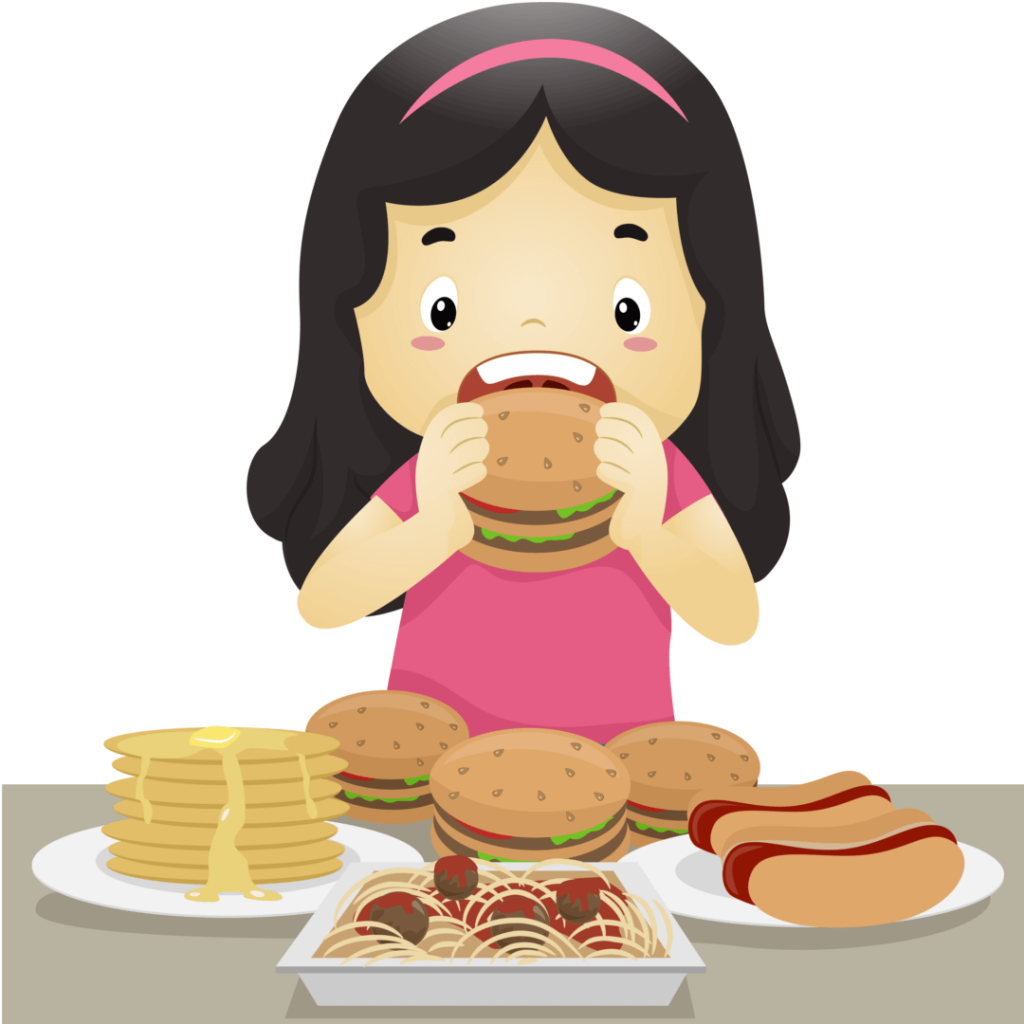 Let’s do an exercise. Hold your breath for as long as you can. When you finally allow yourself to breathe again, what happens? The inhale is quite deep on the first breath and your body takes in as much air as it can. Each subsequent breath requires less and less air until eventually your breathing returns to normal. Now take this same process and apply it to dieting. Returning to regular eating is no different than returning to a regular breathing pattern. Our bodies initially inhale what seems like a huge amount of food, but then our food intake normalizes just like how our breathing did. This is exactly what happened to me when I finally decided to work on my relationship with food.

By the time I had found intuitive eating, I had been restricting food for years. What had started as innocent dieting had blossomed into an eating disorder and my preoccupation with food and eating tore me away from the pleasures in life. Because I didn’t have space left in my brain to think about anything else, things that I used to enjoy were pushed aside so I could wallow in my food obsession. When I decided that enough was enough and needed to be rid of my eating disorder, I was introduced to intuitive eating.1 Though a huge part of me felt bound to my eating disorder, a small part of me reveled in the excitement of eating food without constraints.

When I started allowing myself to eat my forbidden foods, I felt like I couldn’t stop. It was overwhelming. I would often eat past the point of fullness and feel guilty. It was only after I had read the intuitive eating book and did some research on my own that I realized that my reaction was normal and that there was no need to shake my finger at myself for what I perceived as overindulging.

I learned that the human body is smart. When we starve ourselves, our survival mechanism kicks in and we become obsessed with food because that is what the body is lacking. Dieting is like being in the middle of a famine in the sense that our bodies are not getting an adequate amount of food. The only difference is that our bodies don’t know that this is a self-imposed food shortage rather than an actual one.

When we give ourselves permission to eat again, our bodies react by preparing for the next “famine”. The body thinks that it needs to stock up on food and get it all in while it can. This is why it seems like we can’t stop shoveling food into our mouths when we first give up dieting. Our bodies are simply reacting to years of physical and mental deprivation.

Many IE newcomers worry about eating junk food all the time. I had the same fear. When I first started this recovery process, I consumed an obscene amount of junk food.2 I thought it would be never-ending heaps of donuts, chips, and ice cream, but as my body became habituated to those foods, I began to crave more variety. Now there are days when I eat a bunch of carbs because that is what sounds good, but then the next day I may crave more fruit and veggies. It’s all about balance and trusting that my body will tell me what it needs.

The stage of feeling like I couldn’t stop eating was something I had to go through for my mind and body to understand that it has access to any food at any time. My initial reactions were not due to lack of willpower or uninhibited gluttony; it was a response to years of dieting and accumulated deprivation. Consuming food in that way was part of the process. By entering this battle and pushing through my fears, I gained the confidence I needed to continue fighting my eating disorder.

1I must thank my dietitian and therapist for exposing me to IE.

2That may not have been true, but that was what my eating disordered brain was telling me.