There's More Than One Type of Hunger?! - My Mind My Body
ShareTweet 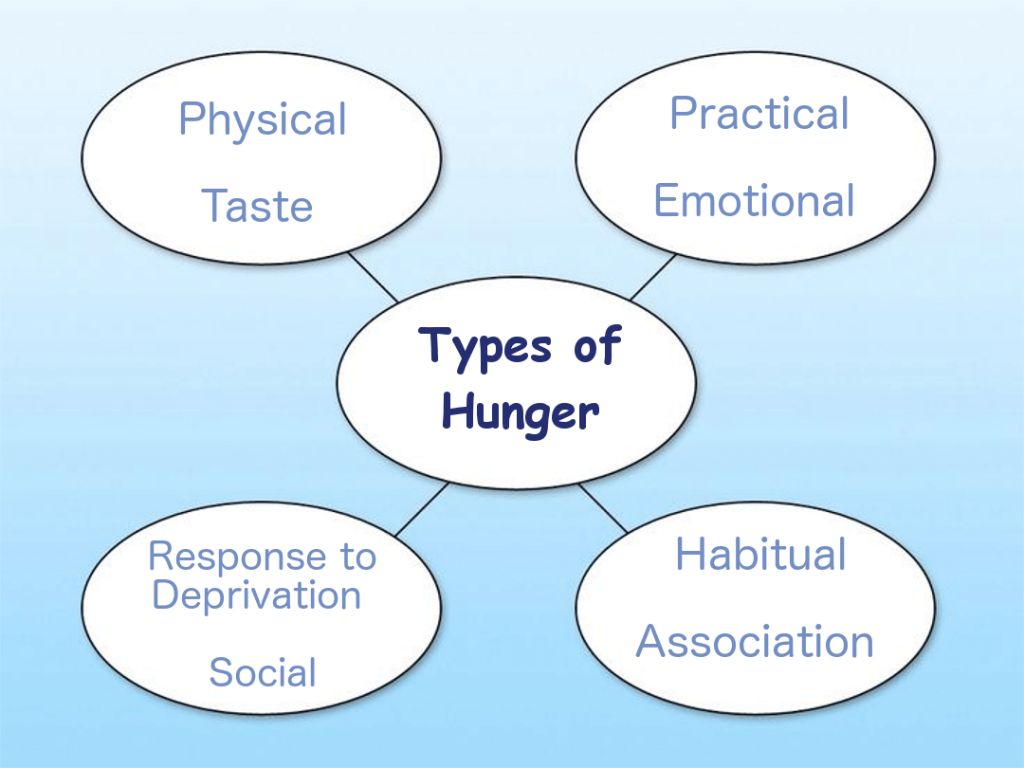 When I was young, I was told that we have five senses: sight, hearing, taste, touch, and smell. This not something that I ever questioned and took it at face value. I believed this to be true until the day a teacher told me that we actually have many ways to sense touch. Once she explained that touch included sensations such as pressure, temperature, and vibrations, I rolled my eyes at myself and thought “Well, of course!” This same idea, that something can be more complex once you look deeper, applied to how I looked at my hunger after years of restrictive dieting behaviors.

One of the first steps I took towards recovery was to see an intuitive eating dietitian. Our first meeting included a brief let’s-get-to-know-each-other conversation followed by a paperwork dump. Once I got home and began flipping through that massive pile of papers, I paused when I got to a sheet about types of hunger. My initial reaction to the title was “What nonsense! There isn’t more than one type of hunger. Hunger is hunger”, but then my mind flashed back to that day when I discovered that our five senses aren’t literally five senses. I didn’t think any more about that until I read about the “other voices of hunger” in the intuitive eating book. At that point, I couldn’t ignore this. Perhaps there was more to hunger than what I had thought.

Even though I understood what I had read, I continued to see hunger only as a rumbling in my stomach. This was my way of coping with the massive changes that came from distancing myself from my eating disorder. Dealing with biological hunger was hard enough without there being multiple types of hunger to wrap my head around. But over the next few months, I began to see it as something more than just a biological process. I reread the handout and the section of the IE book that referenced types of hunger, and, not only did it make sense, I actually began to embrace the many forms of hunger.

Hunger is a desire to eat for whatever reason. I have read about or discovered the following reasons for hunger:

Because I now recognize that hunger can come in different forms, I no longer scold myself when I eat without the presence of a growling stomach. Like other “normal” eaters, there are times when I have a craving but I’m not hungry and that’s fine. I believe that there are no rules in intuitive eating, so if I want to eat something and I’m not physically hungry, I allow myself to enjoy it by eating it unconditionally and without judgement.

1And if I overeat because it tastes so darn good, that’s okay. My world will not turn inside out and explode!

You’ve made it this far. Now subscribe for regular updates. It’s easy! And you get a FREE intuitive eating quiz and a mini e-book when you sign up!