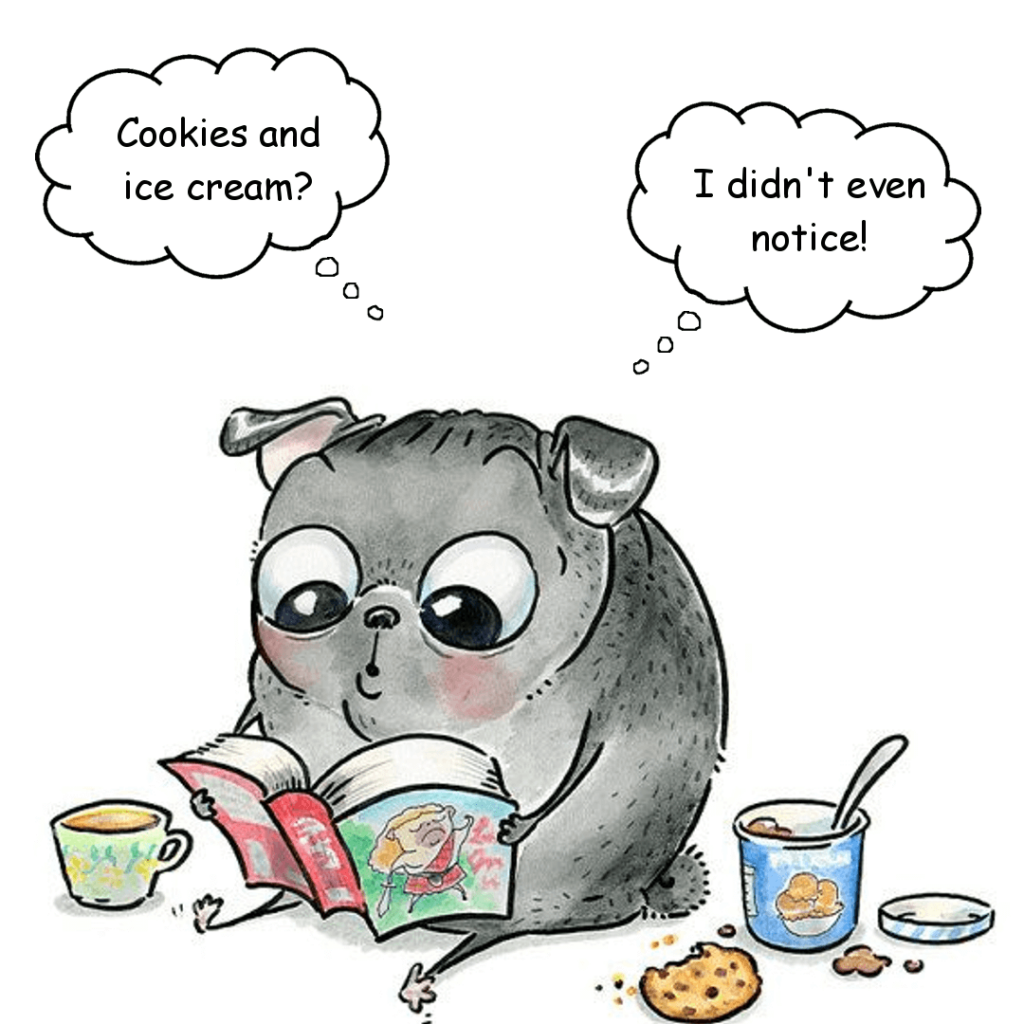 Before I get into the heart of this article, I want to share with you three scenarios. As you read, think about what they have in common.

The common thread between these situations is something called habituation. This occurs when a person becomes accustomed to something and the novelty wears off. In the case of someone who is ready to make peace with food, the person is repeatedly exposed to a certain food until it is almost to the point of being boring. Food becomes normalized and it’s no longer as alluring.

This desensitization takes time and the amount of time is not set in stone. I found that some foods took longer than others for me. There were some foods that I went crazy with and I felt like I ate this food morning, noon, and night. I did this with peanut butter granola bars and they lost their novelty within a few weeks. It seemed like all of a sudden my desire for them just vanished, but I ate MANY granola bars before that happened.1 Sometime I would overeat them, but once my body realized that I could have the granola bars whenever I wanted, my desire for them lessened. There were other foods like nuts and cereals that I exposed myself to gradually and it took longer than a few weeks for habituation to occur.

An additional challenge for me was the guilt factor. Our thoughts and behaviors are intertwined, so I not only had to work on desensitizing myself to a food, I also had to work on the negative thoughts and moral judgements that went along with it.2 Going back to my granola bar example, I felt so guilty after buying my first box. Dieting told me that they were full of “bad” ingredients and a waste of calories, but I made myself go through this habituation process by purchasing box after box of these granola bars. One day I ran out, so I went to the store to replenish my supply. I walked down the aisle and reached for a box and realized that I didn’t really want them. It occurred to me that they would always be at the store, so I could come back and get some later if I wanted more. I had finally made peace with this food.

Completing the habituation process was far from easy and I had to go through it with each and every food that I considered “bad”. It really took time and, as much as I wanted it to be the case, it didn’t happen after only a day or two of eating that food. It took weeks if not months. But each time I completed the process, I realized that nothing catastrophic had happened which made me feel more comfortable tackling the next food on my list. In the end, I had a sense of calm around foods that had previously plagued me and it felt like freedom.

Have you gone through the habituation process for any foods? If so, how did it go? Please share in the comment section below.

1I did the same thing with bagels and cream cheese!

2This is where cognitive-behavioral therapy (CBT) comes in. This type of therapy really helped me work through all of my harmful and misguided thoughts and behaviors.